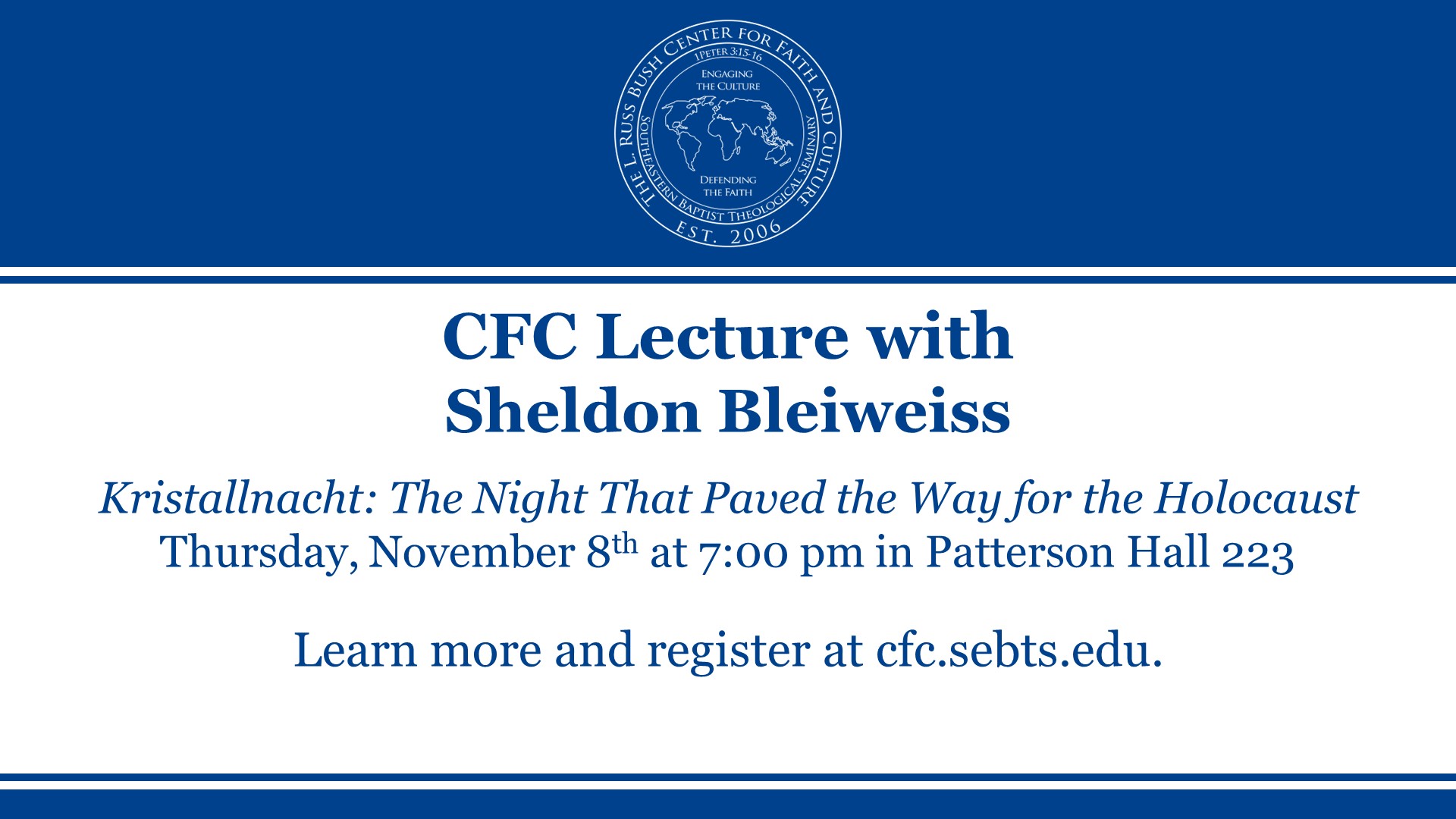 The Center for Faith and Culture invites you to hear Sheldon Bleiweiss on Thursday, November 8th at 7:00pm in the CFC Seminar Room.

Mr. Bleiweiss will be giving an interactive talk about Kristallnacht to commerate its 80th Anniversary.

A child of two Holocaust survivors Shelly Bleiweiss grew up in Houston, Texas, the oldest of three children. His parents were both from Poland, and survived using false identities as non-Jews.

A retired clinical social worker and mental health counselor, Shelly has taught about the Holocaust for over 15 years, and spent five years as a docent at the Houston Holocaust Museum before moving to North Carolina in 2014. He lives in Wake Forest with his wife and two adopted dogs, and is a member of the North Carolina Holocaust Council, and the Holocaust Speakers Bureau.