His face, familiar. His smile, sincere. His gentle spirit, evident to all he meets. Without his diligence, Southeastern would surely be a mess.

Eugene Smith, affectionately referred to campus-wide as Mr. Eugene, joined the Southeastern family in 1980 as part of the facilities team. His first ten years at Southeastern were spent maintaining Stealey Hall and Appleby as a custodian. Today, the central way he serves Southeastern is by taking care of the recycling products in the offices around campus.

“I’ve seen a lot of change,” said Mr. Eugene, reflecting on his 35 years at Southeastern. “But it’s been for the good, improving over the years.”

Mr. Eugene was born and raised on farm land in Rolesville, North Carolina. He and his wife had two children, and he laughingly admits that he has so many grandchildren and great grandchildren that he can hardly keep track.

At 88 years old, Mr. Eugene shares that his time working at Southeastern has significantly strengthened his faith. “I’ve heard a lot of speakers, interesting speakers,” relayed Mr. Eugene. “And they was absolutely good.” 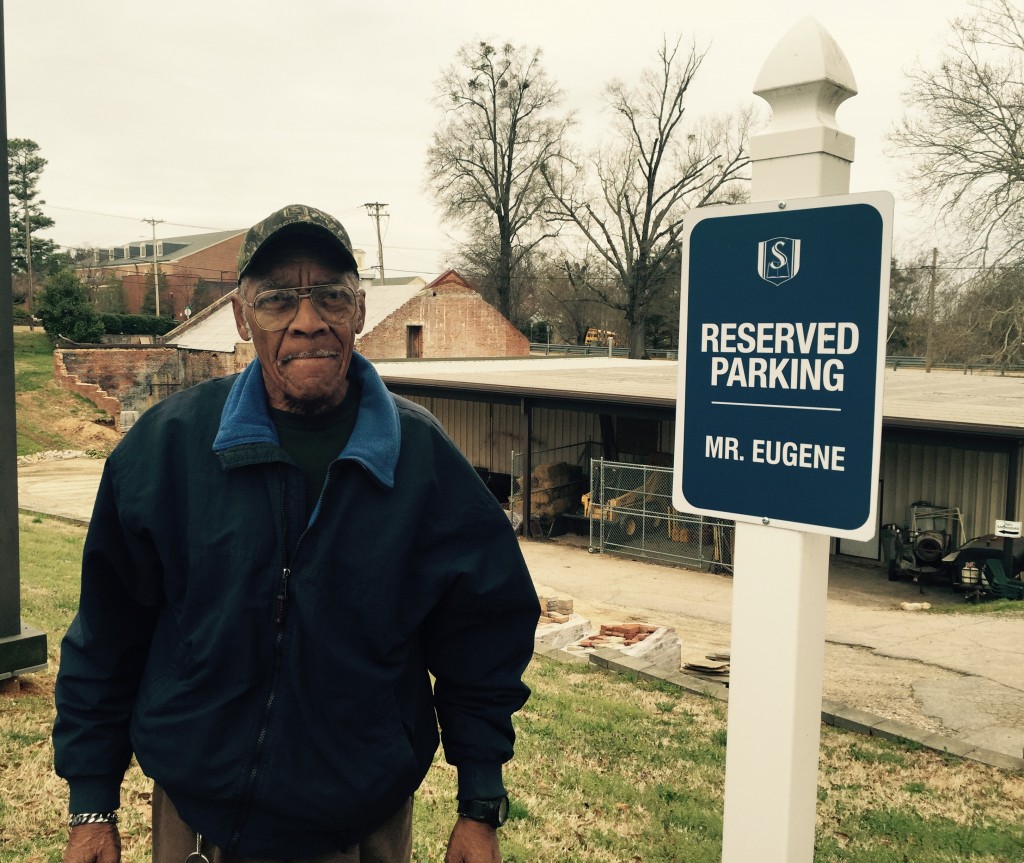 Coming from many years of experience, his word of advice for students was simple but essential: “Always believe in God.”

When asked about what keeps him going each day on the job, Mr. Eugene quickly replied that it’s the people — the staff, students, co-workers and everyone else on campus. He loves getting to hear their stories and learn about all the places they have been. He says it “helps keep your eyes open.”

Mr. Eugene shared that one of the hardest parts of his job over the years was hauling weighty cases of paper up the stairs to offices around campus. “Oh my gosh, that was pretty rough,” he said, laughing aloud as he remembered. “Especially with the elevator being out, too!”

As he looks to the future, Mr. Eugene asks that we would pray for continued “health and strength,” that he “may keep on enduring.” 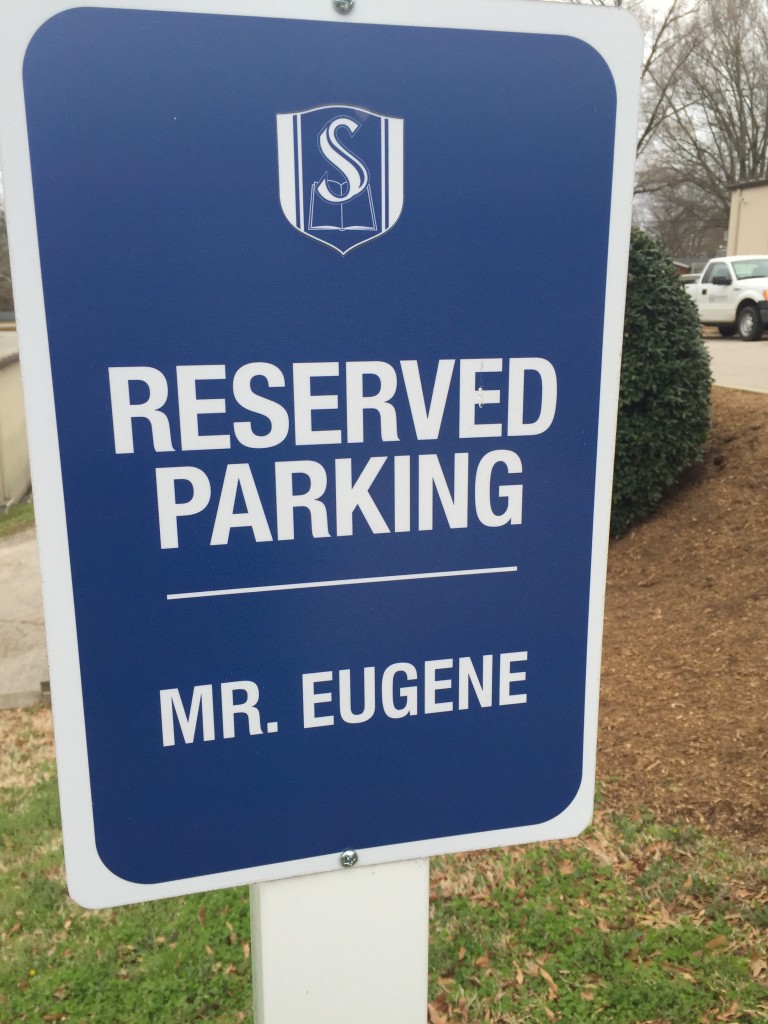 Recently, as a result of his endurance thus far, Mr. Eugene was honored with a unique gift. He received his very own parking space, a front row spot reserved especially for him.

“I don’t see how in the world they gave me a parking spot like that,” Mr. Eugene wondered. “But I was so happy, ya know, so pleased to get something like that.”

Mr. Eugene, with his sweet demeanor and proven diligence, is just one of many individuals who serve Southeastern faithfully, and often times unnoticed. Would you thank him and others like him for their hard work? Without them, this place truly would be a mess.