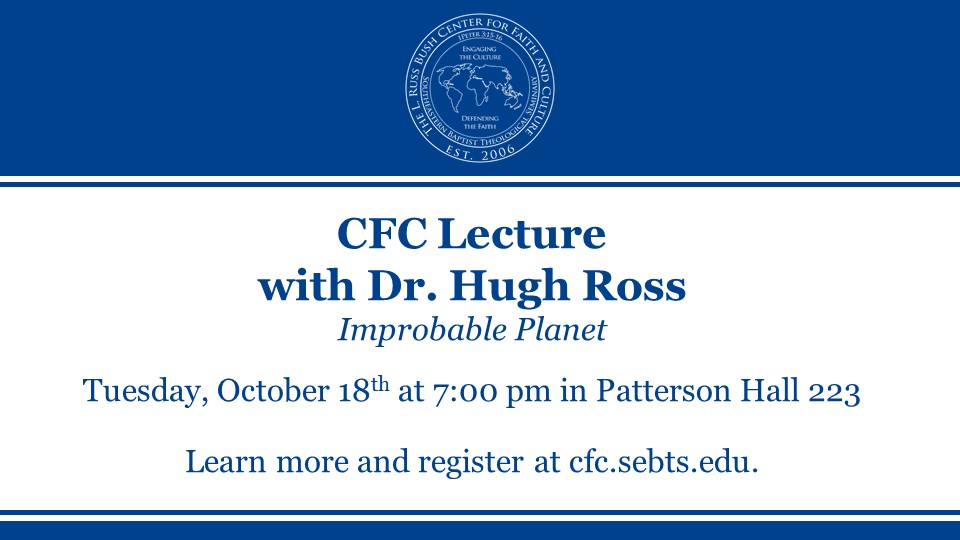 While in college, Hugh committed himself to faith in Jesus Christ. After his study of big bang cosmology convinced him of a Creator’s existence, curiosity led him to test religious “holy books” for scientific and historical accuracy. Only the Bible passed the test, therefore persuading him of Christianity’s validity. Later, Hugh was surprised to discover how many people believed or disbelieved in Christ without checking the evidence. Prompted by family, friends, and colleagues, he founded Reasons to Believe in 1986, to bring scientific evidence for Christianity to light.

To register for this event, visit cfc.sebts.edu.