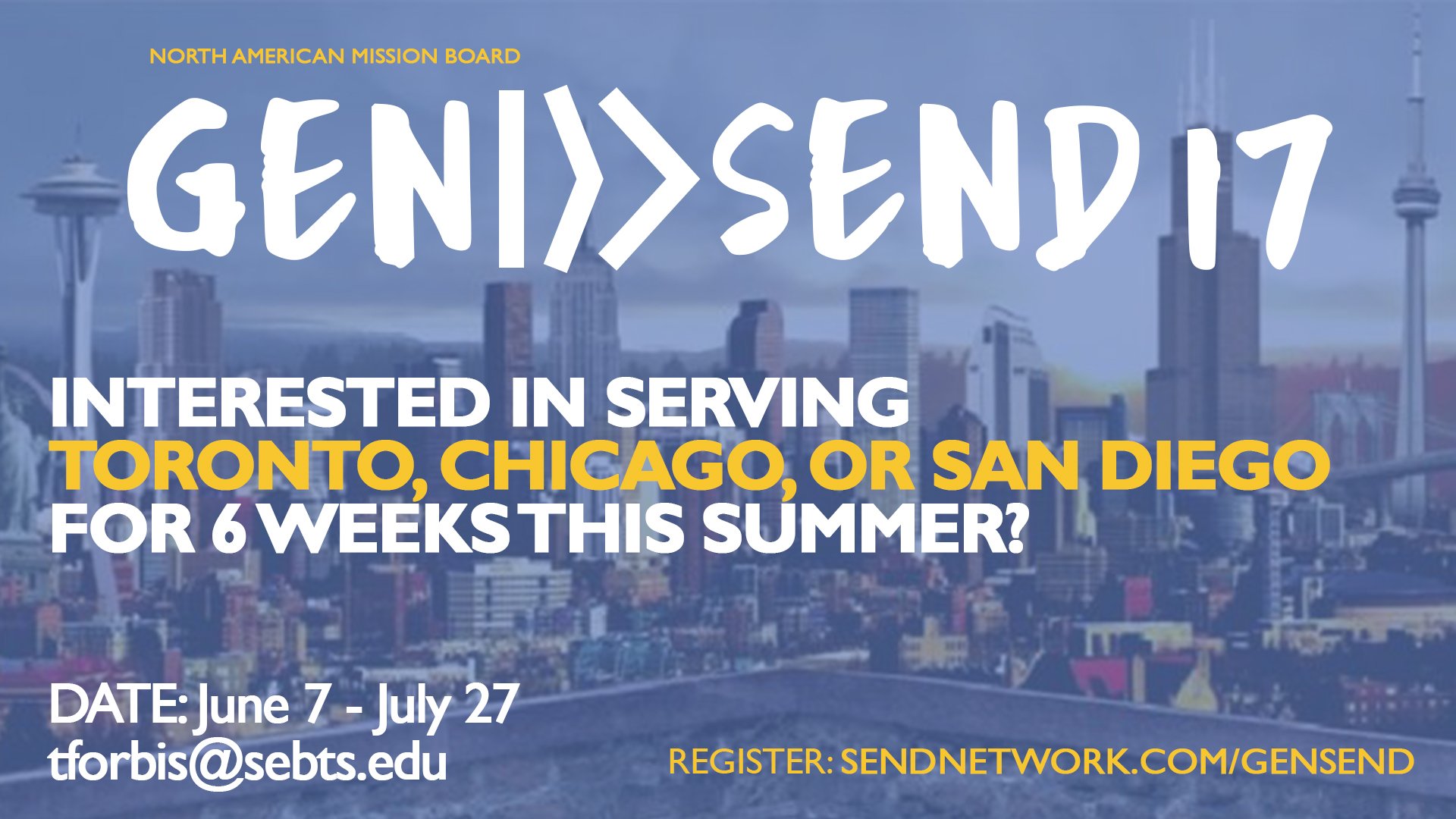 Through Generation SEND, Southeastern Baptist Theological Seminary and the College at Southeastern mobilized more students on mission than any other endeavor in the year 2016. The North American Mission Board (NAMB) partnered with Southeastern to provide an opportunity like no other to help students learn what it means to live life on mission in the cities of North America. GenSend is where theology, methodology, and evangelism meet to grow college and seminary students in a way that will stretch and prepare them for a lifetime of ministry. This year Southeastern is partnering with NAMB to send our students to 3 major cities: Toronto, Chicago, and San Diego.

Each city is unique and in need of laborers; which city is God calling you to? 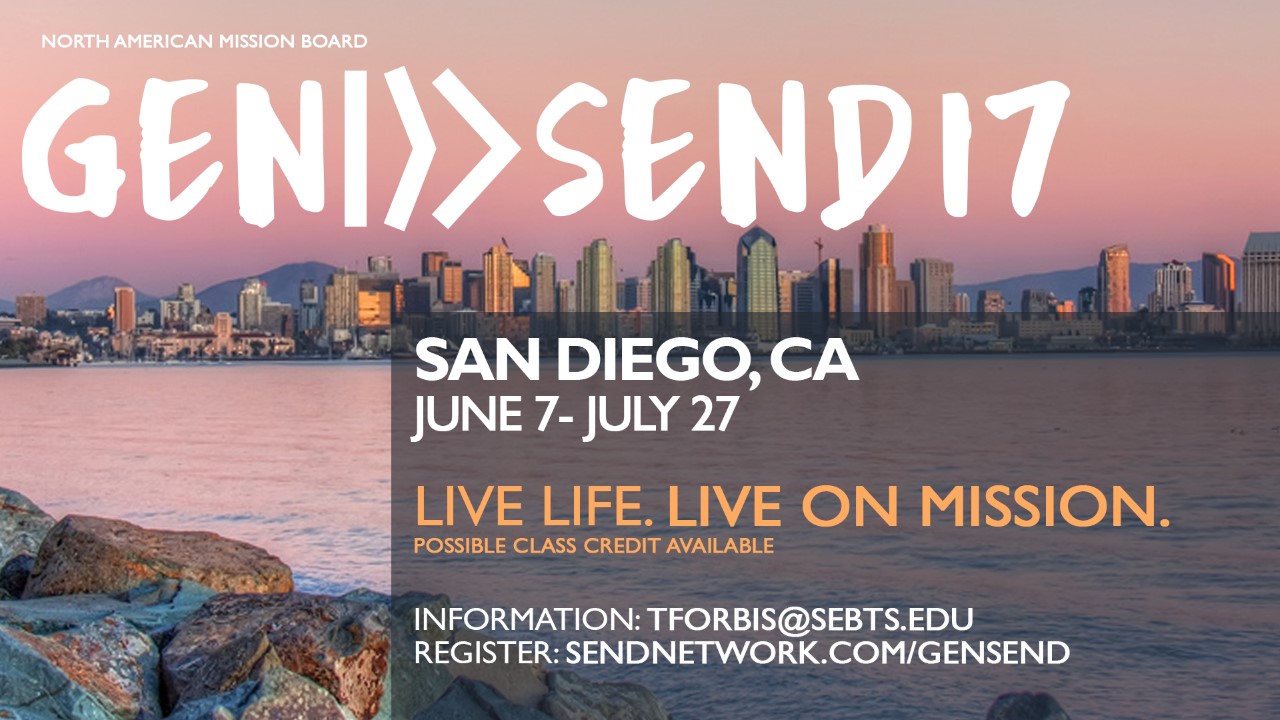 The west coast is known for being one of the main leaders of our culture today. In San Diego people come from all over the world for the beaches, Mexican food, events, and social atmosphere. Between weekly surf competitions, major league baseball, comic-con, world renown restaurants, and the best weather you will ever experience, San Diego is without a doubt a destination hotspot.

This thriving city is home to over 1.4 million people, roughly 5,000 of who are homeless. With two of the biggest Naval and Marine bases in the world, of that 1.4 million population, 200,000 of those people are military. Not to mention the major Hispanic culture and refugees that have migrated here over the years. The city of San Diego is a melting pot of entrepreneurs, homeless, businessmen, military, foreigners, and athletes who are seeking something more.

San Diego seems to have everything your heart can desire, but it lacks gospel-centered churches. The majority of the population are wonderful people who have a thirst for truth, but we need more laborers. The past two GenSend teams have sowed a lot of seeds and reaped much fruit, but we believe God is just getting started. This year students will have the opportunity to get a part-time job in the city to further their relationships in the community, work with local church plants, and introduce people to Jesus. Will you join us in bringing the gospel to America’s finest city? 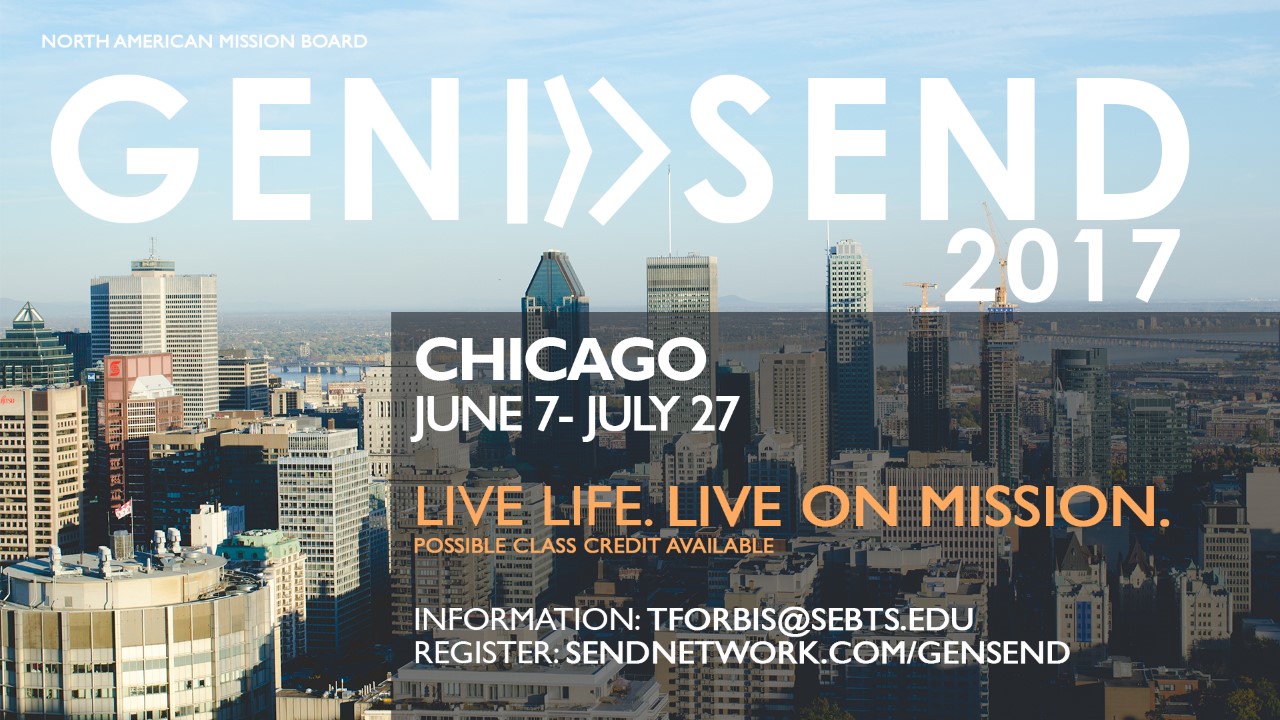 If you want a deep-dish pizza, a remarkable hot dog or world-class Polish cuisine, everybody knows Chicago is the place to go.

It’s the city of the Willis Tower (Sears Tower) and the World Series Champions Chicago Cubs. It’s Chinatown, Lake Michigan and Soldier Field all wrapped up into one. And—like most big cities—it is striking poverty and multimillion-dollar homes.

As the third largest city in the United States, Chicago has just about everything you could imagine—everything but a ready access to the gospel. With less than 5 percent of the population being affiliated with an evangelical church, the city desperately needs a stronger evangelical presence. There are more than 2000 people groups with very little engaged with the gospel. Chicago, an Alpha city, is also home to a half a million college students in some of the top universities in the world. It is a place of influence that needs you to be an influencer of the gospel in a very dark place. 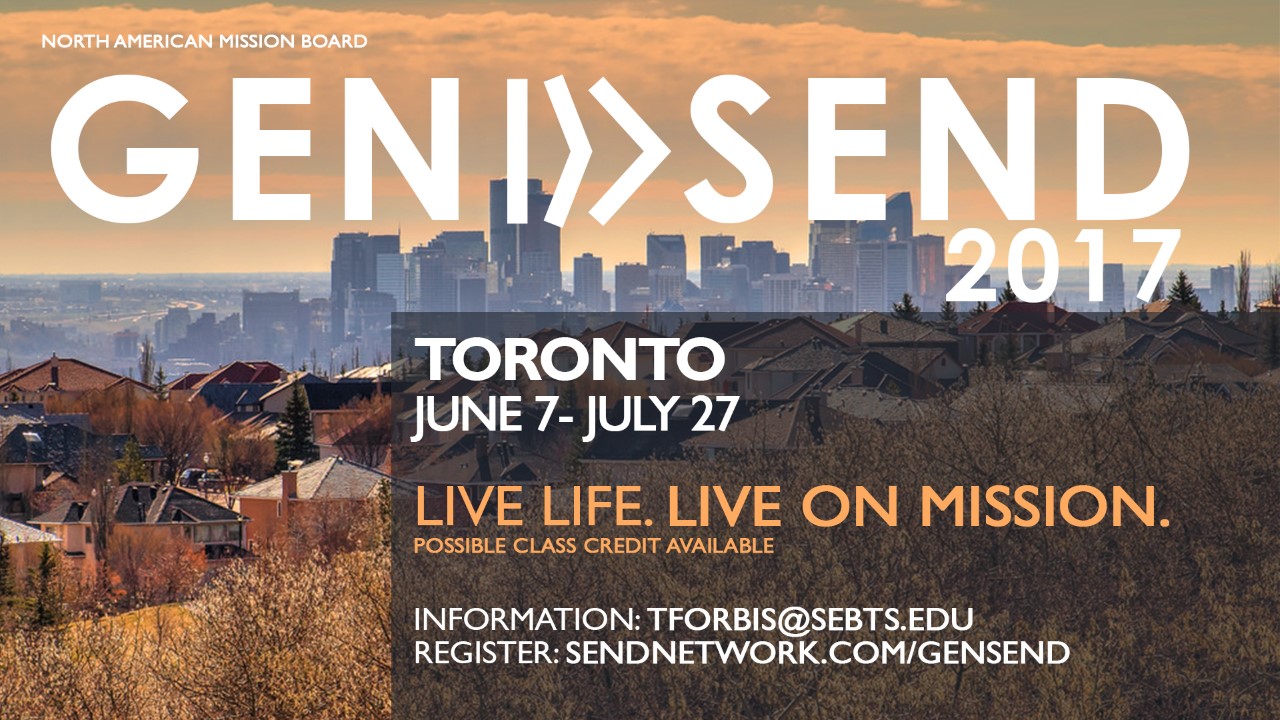 Toronto is a vibrant, creative city. It’s the centre of finance for Canada as well as a place for the arts, sports, and several universities and colleges. The greater Toronto area is also arguably the most ethnically diverse place in the world. Half of the people who call Canada’s biggest city home were born outside of Canada. 260 countries and 200 languages are represented in the greater Toronto area. Here you’ll meet people of all different religious and cultural backgrounds, but you won’t meet many who follow Jesus. Toronto is about 3% evangelical Christian. There is only one SBC-affiliated church for every 113,284 people in the city. This means there is a tremendous opportunity here to reach a city of great global influence with the light of the gospel.

6.5 million people call the greater Toronto area home. That’s one-fifth of Canada’s total population. And the numbers continue to grow, particularly in the communities surrounding Toronto proper. The 2017 Toronto GenSend team will have the opportunity to engage in spiritual exploration and mapping to help lay groundwork for a church plant in the city of Mississauga, which borders Toronto to the west.

For more information about these opportunities, email Trevor Forbis at tforbis@sebts.edu.