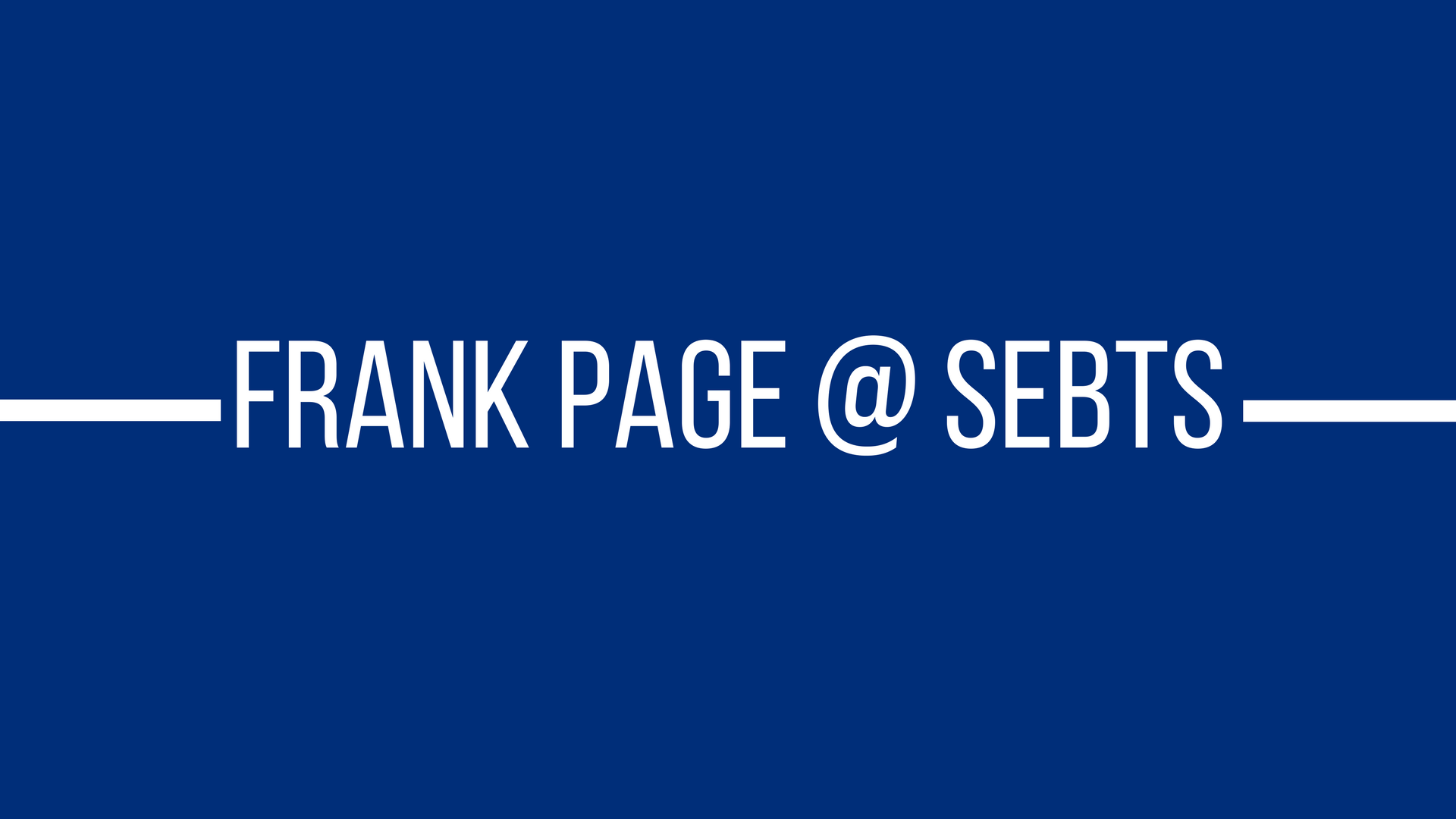 Southeastern Baptist Theological Seminary (SEBTS) had the privilege of welcoming Dr. Frank Page, president of the Executive Committee of the Southern Baptist Convention (SBC), as the chapel speaker on Sept. 7.

Drawing from the Apostle Paul’s words in Philippians 3, Page spoke on the importance of how a Christian can face reality in a godly way.

The three keys to this kind of living, Page said, were humility, grace and growth.

Referencing Philippians 3:13, Page encouraged students to not let their past hinder their growth into Christlikeness.

“I’m not thinking that this means an absence of memory, but it is a resolution of attempt,” said Page.

Page also challenged students to remember that God desires for them to enjoy the process of transformation into Christ’s image.

“God is not a God who demands perfectionism in the sense that we know perfectionism. He wants us to enjoy the stages of the journey as we grow toward that total Christlikeness.”

After chapel, a lunch was hosted in the Hall of Presidents in Broyhill Hall, where SEBTS President Danny Akin and Page spoke on a panel moderated by Jonathan Akin, director of Young Leader Engagement at the North American Mission Board. The panel focused on encouraging and challenging the younger demographic to become more involved in SBC life.

“I’d encourage you to stay involved so that you can make the changes needed because if you become an outsider, nobody is going to listen to you,” said Page.

“We have a responsibility at the seminary to help students understand what the Cooperative Program is and why it works so well and why it’s really smart to be a part of it,” said Akin.

During the panel discussion, attendees were encouraged to ask questions of Akin and Page. One student asked how the convention was addressing the issue of the decline in pastors under the age of 40.

“We’ve gone through a mindset change in that the idea of pastors calling out the called in their church has been greatly deemphasized,” said Akin, who also noted that another issue surrounding the decline of young pastors comes from a lack of pastoral discipleship.

“Some of you guys are going to be church planting and you ridiculously think you’re going to go to a place with no problems,” said Page, in speaking of the rise of church planters.

Page also emphasized that some avoid pastoral ministry because of the pastoral abuse they have seen in the past, fearing that God may call them to walk down the same road.

“Please be open to the call of God,” Page said. “He may call you to a hard headed church. That may be your ministry is revitalize, replant in that place,” said Page.

Prior to the chapel service, Page was interviewed by Dr. Jim Shaddix, director for the Center of Pastoral Leadership and Preaching at SEBTS. To view the conversation, click here.