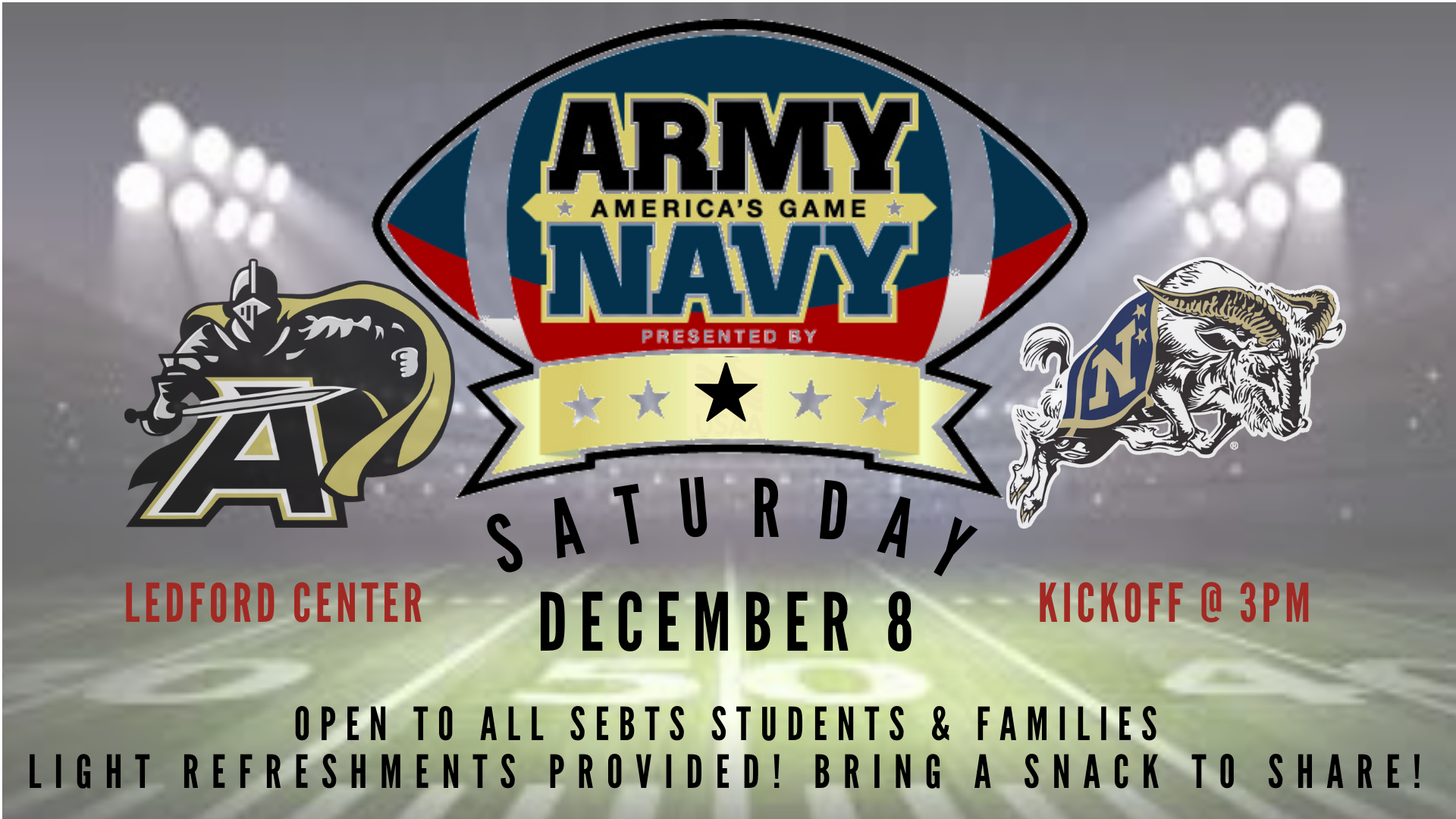 Army-Navy Football is known as America’s Game. It is the oldest and longest running college football rivalry and has long represented the finest attributes of our Nation’s military personnel and traditions of our military services. Come on out and watch the game together in family style fellowship and cheer on your favorite team. No matter whether you have served in the military or not, you can find a connection and reason to cheer for one of the teams. 2018 marks the 119th meeting of Army and Navy on the football field. Navy leads the series 60-51 and there have been 7 ties. The game will be played in Philadelphia, PA which has served as the traditional home for the game. In addition to the football game itself, Army-Navy football features military fly-overs, parachute teams, and the march-on of the Corps of Cadets from West Point and the Brigade of Midshipmen from Annapolis. The television coverage (CBS) will show these events and go live throughout the game to our service men and women around the world where they are serving.

If you will be around Southeastern on December 8th, please come out and watch the game and please help us pass the word about this special fellowship opportunity!