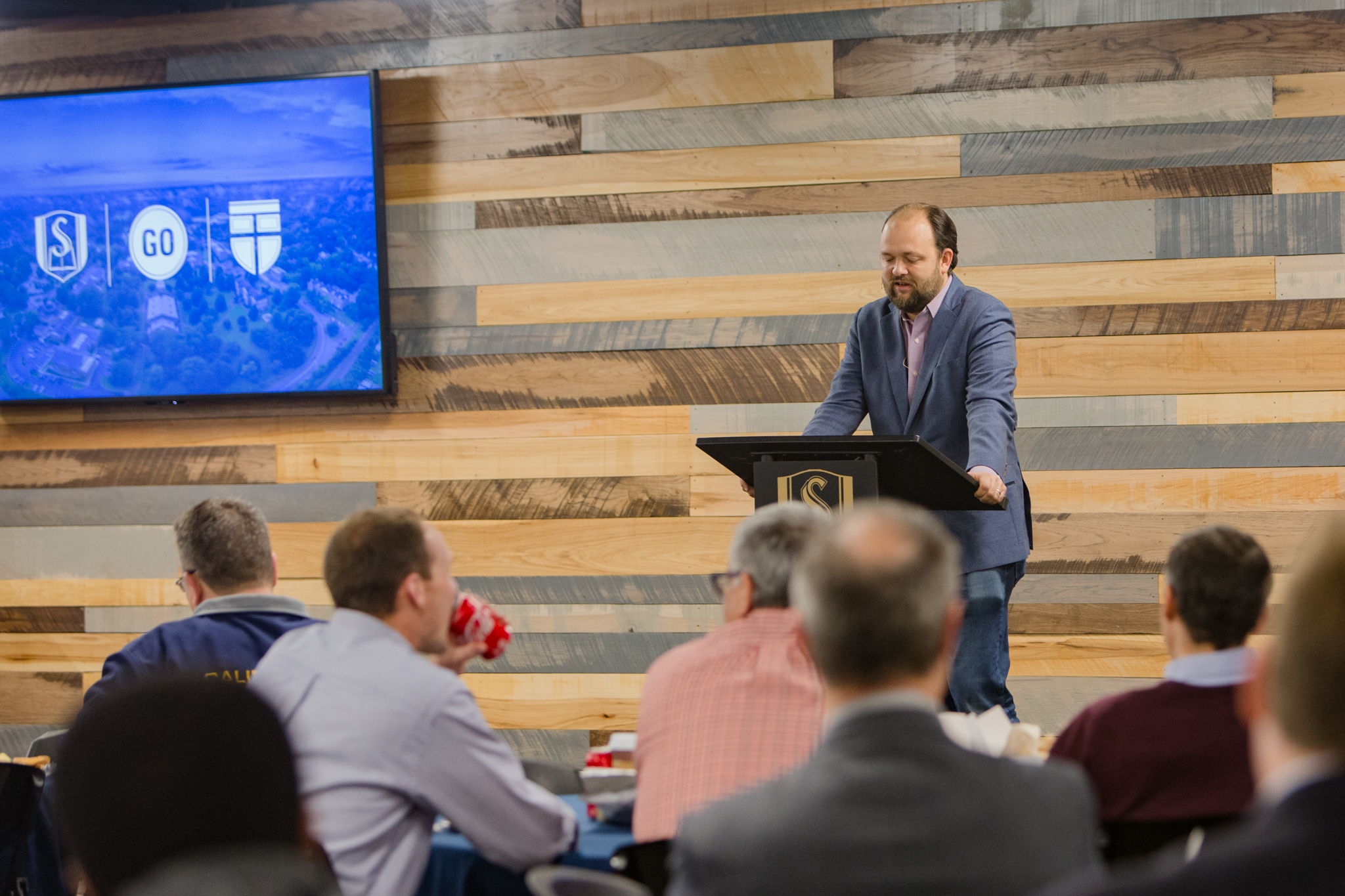 On Oct. 22, the L. Russ Bush Center for Faith and Culture (CFC) hosted a lunch with New York Times columnist Ross Douthat, who gave a compelling talk on what he called the “tripartite division of American religion” and how this understanding guides the Christian’s view of being on mission. The three spiritual world pictures Douthat described as encompassing the current American religious landscape were the secular, the spiritual and the biblical.

This worldview fits in between the secular and biblical worldviews that Douthat laid out to attendees. The secular worldview is one in which it is not staunchly against religion but is very skeptical of the supernatural. The biblical view, on the other hand, has a high view of religious authority and doubts the genuine intentions of the human will.

This present-day religious climate appears to be a spiritual world picture in which a tension is held between the secular and biblical. This is a world, Douthat said, where individuals are skeptical of traditional and institutional authority yet are drawn to the supernatural and finding divine aspects within themselves.

The purpose of practicing religion for such individuals, said Douthat, is not to serve a transcendent God but “is to bring your life in harmony with the God within, with the spark of the divine within yourself.”

For Christians, being on mission in this type of religious climate can mean restoring people back to God and the social structure of America’s individualistic society, said Douthat, who also noted that there is an “intellectual apostleship that Christians can offer,” in a religious landscape that finds itself at a tension between the secular and the supernatural. Settings like an elite, liberal arts college or in Silicon Valley are examples where Douthat noted this kind of tension exists.

“It’s possible to imagine a world where the biblical perspective makes a kind of comeback,” he said.

Christians have the opportunity to be on mission and share the gospel with a hurting and confused world, and in turn, be a part of “writing a different story than the one we’ve been living through for the last 60 years.”

Douthat has been writing about religion, politics, moral values and higher education for the New York Times Opinion column since 2009. He has written numerous books, including Bad Religion: How We Became a Nation of Heretics and To Change the Church: Pope Francis and the Future of Catholicism. He is also a film critic for the National Review and has appeared on news channels such as CNN and Fox News. Douthat graduated from Harvard University and currently lives in New Haven, Connecticut.

The CFC seeks to engage culture as salt and light, presenting the Christian faith and demonstrating its implications for all areas of human existence.