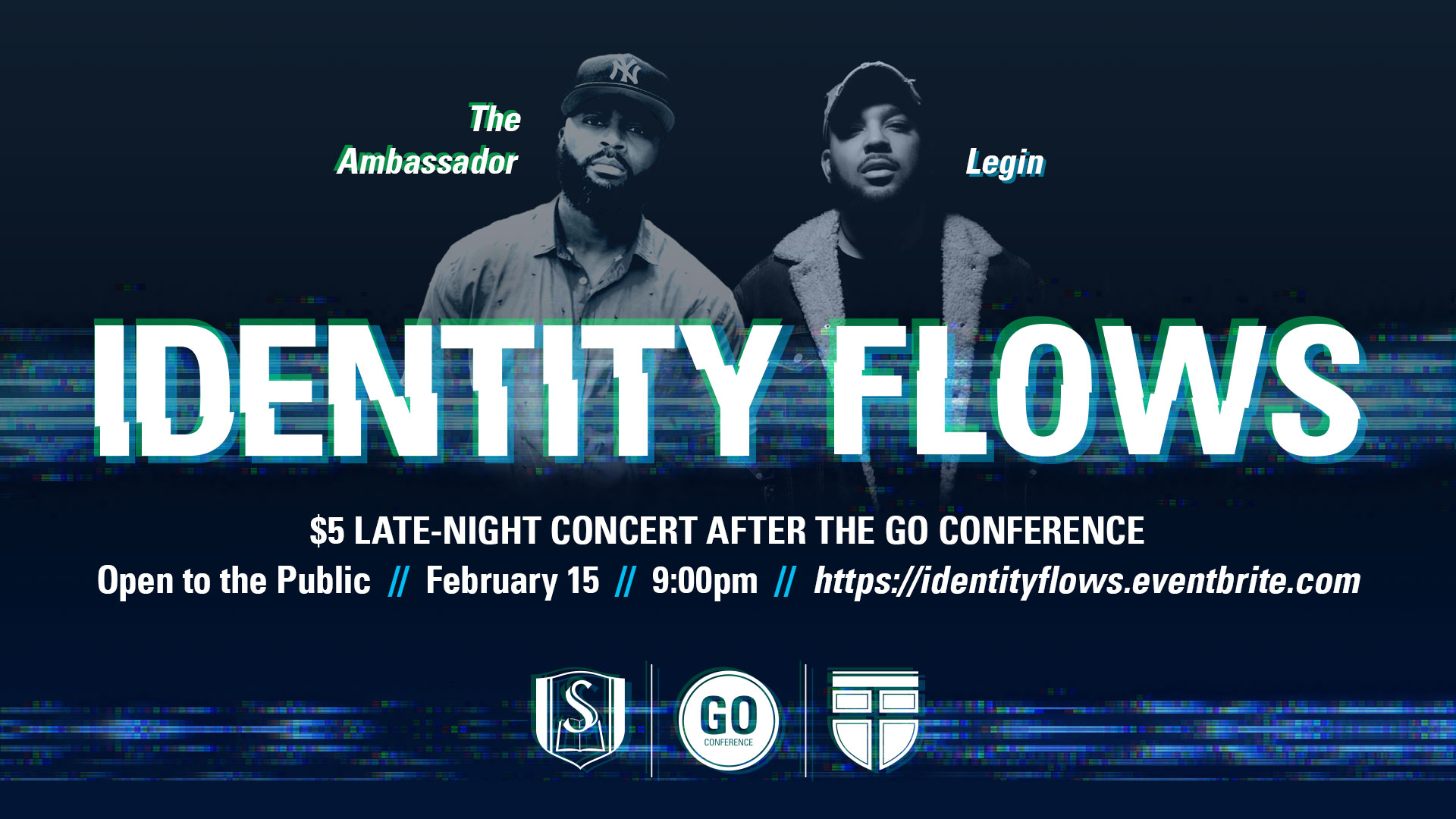 This year at the GO Conference we are opening up the Late Night Event to our SEBTS Family. You are welcome to join us for the IDENTITY FLOWS Concert with the Ambassador and Legin, it will be a night you won’t want to miss!

Duce “The Ambassador” Branch came on the music scene as one of the first hip hop artist to introduce Christianity into his music career. He has written over four albums and is a founding member of the critically acclaimed group The Cross Movement. Being a Believer in the world of hip hop has not been easy, but Ambassador paved a great way for many other Christian hip hop artists to make an impression in the music industry.

Nigel “Legin” Anderson began producing music and writing rap lyrics at the age of 15. Music gave him an outlet to express his frustrations from a fatherless childhood, as well as his desires for a better life. The materialistic and self-indulgent pursuits that the culture of hip hop promoted became the goals that drove his decisions. In concert Legin uses an energetic stage presence to express passion, transparency, and the gospel. Fans become family and truth is shared plainly as he uses his art to challenge the culture and any message contrary to what is life-giving.

Get your tickets HERE

If you have any other questions, feel free to let us know! Email us at events@sebts.edu.