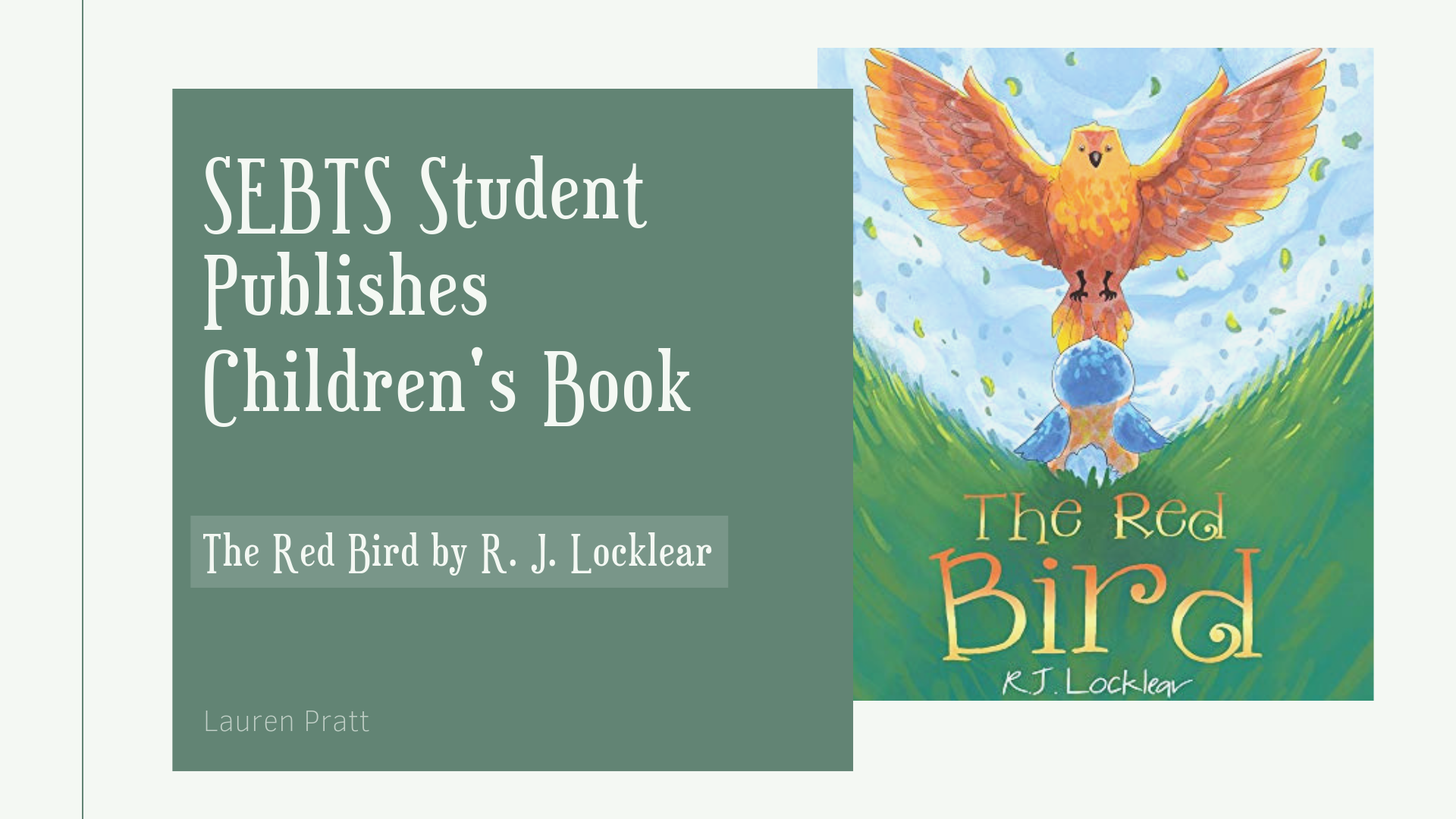 This was the overarching truth communicated in the new children’s book, “The Red Bird” by RJ Locklear, a current student at Southeastern Baptist Theological Seminary (SEBTS). It’s a truth that’s not just for others but a reflection of Locklear’s own story before and after becoming a Christian. Growing up as a Native American and struggling to find his own identity, Locklear frustrated himself trying to become like others around him. It wasn’t until coming to Christ during his time at the University of Tennessee that he saw how God had made him for a purpose that was unique to the way he was created.

Similarly, “The Red Bird” focuses on a bird named Jerry, who had lost his parents. In his search for meaning, Jerry tries desperately to be like the other creatures around him. Despite his efforts, he ends up frustrated and exhausted. It was only after Jerry began to cry out for help that a red bird named Abba flies overhead, hearing Jerry’s cry and picks him up. Abba shows Jerry how to fly, capturing the essence of a loving heavenly Father who is trustworthy and protective. As the book concludes, Jerry remarks, “Now I know that God has made me for this.”

Locklear subtly portrays the omnipresence of Abba throughout the story by capturing The Red Bird’s feather or shadow on every page. While Locklear desires to convey to children of all ages the unique purpose God has for each of them, the book was also a way of processing his growth as a believer.

“Sometimes singing will help me process, but this time it just came out in a story. I was writing it just to make sense of everything,” said Locklear, who is currently finishing up his Master of Arts in intercultural studies at SEBTS.

Locklear noted that the book is already gaining a great response by parents and children alike.

“My hope is that whether kids feel alone, whether they feel like they don’t have anybody or if they feel frustrated trying to become something for other people, my hope is … they can see that there is a God,” said Locklear.

“The Red Bird” is currently being sold on Amazon.com and at Barnes & Noble.