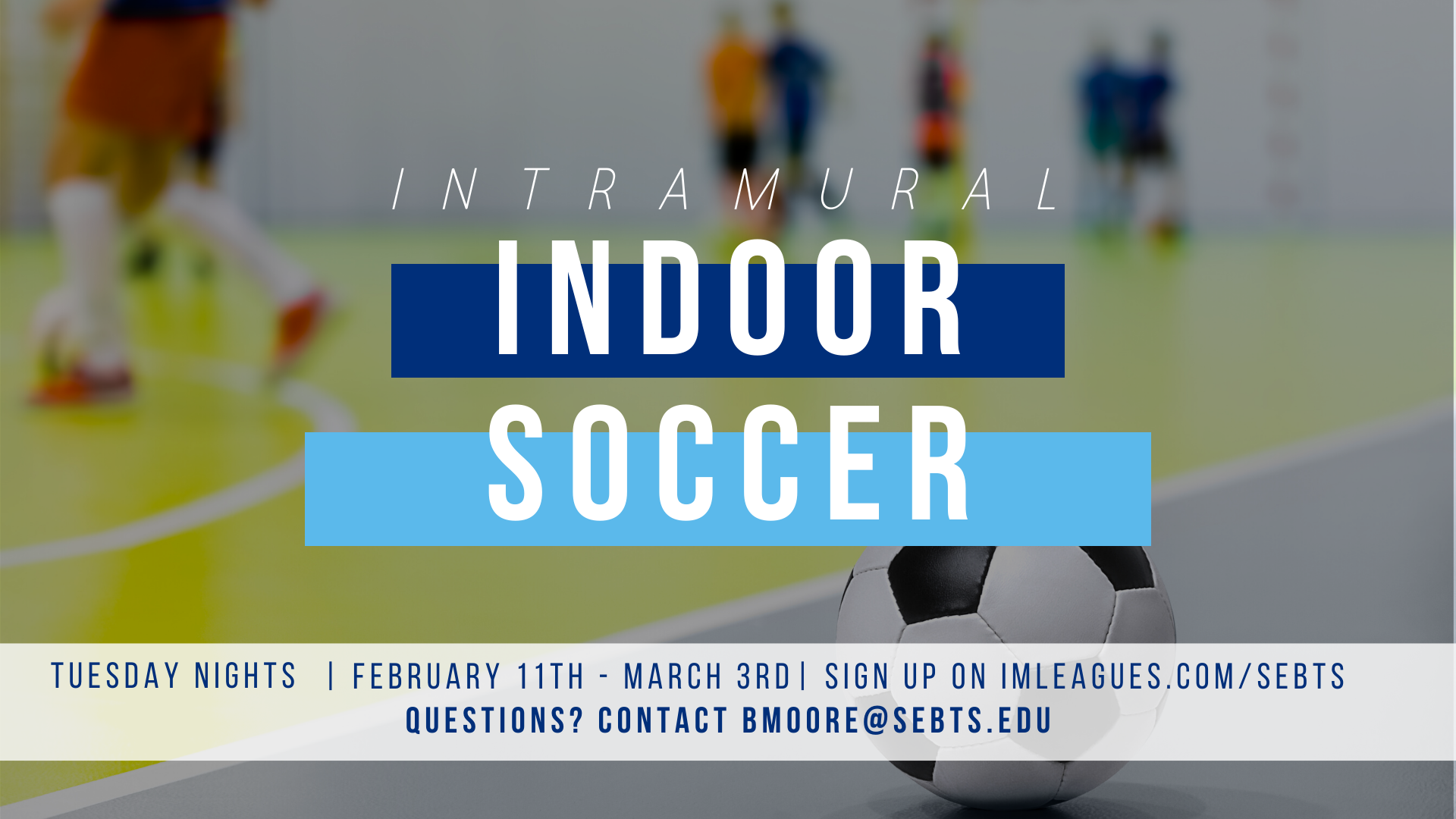 Grab your shin guards because Intramural Indoor Soccer is back! Indoor Soccer will be played in the Ledford Gymnasium starting on February 11th and ending on March 3rd. The season will last four weeks and the matches will be played on Tuesday Nights from 6:00 PM to 9 PM. This league will be co-ed, meaning each team must have one female represented on the court for the entire duration of the game. Teams will consist of six players with a goalie included. Individual participants can either sign up as a free agent or create a team on the IMLeagues website.

Whether you are a soccer player or just want to have fun and support your fellow classmates, Intramurals at SEBTS would love you to come and be a part of indoor soccer this season!